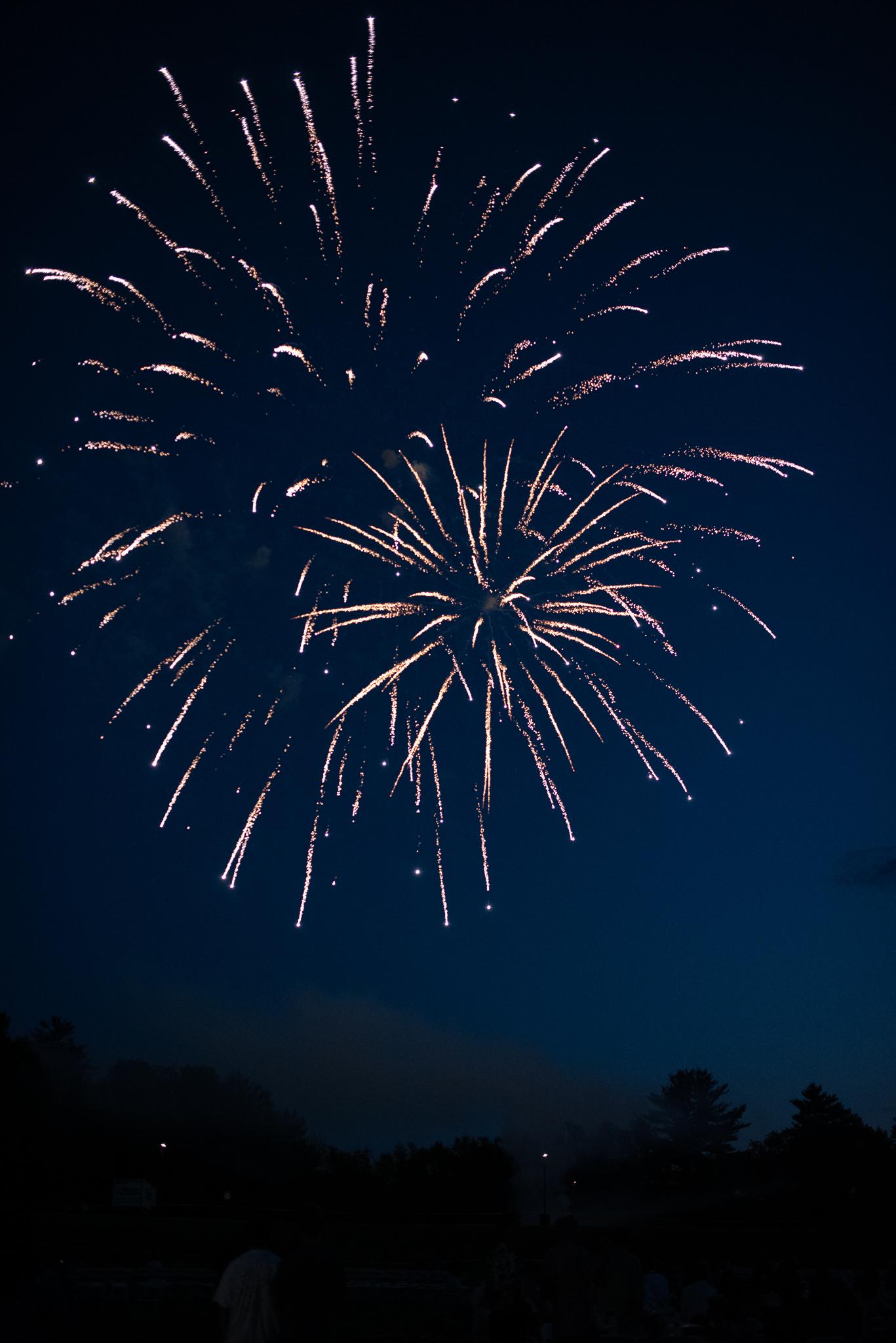 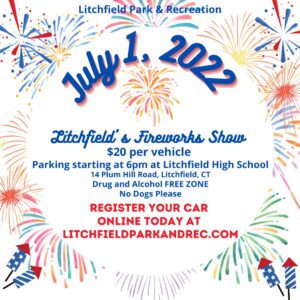 If you saw Litchfield’s fireworks last year, you know. If you didn’t, you probably heard—the display was fantastic!

Fireworks return this Friday at Litchfield High School and there are still spots available. The cost is $20 per vehicle. You register online and have to pay ahead of time.

You can enjoy food from the Meraki Food Truck and ice cream for dessert, or bring your own picnic and enjoy it on the field. (Don’t forget bug spray, sweatshirts and blankets.)

The rain date is July 8 and there are no refunds, so check that both dates work for you. (And note that there is no alcohol consumption or substance use allowed on school grounds, which includes cigarettes and vape pens.)

Thanks to the sponsors, Litchfield Bancorp and Litchfield-Morris Rotary Club

We don’t want to spoil the fun but thought it best to share that Saturday’s event at South Farms is sold out. Those lucky enough to have tickets should have a great time enjoying the live music (Wires & Wood and Nat Worden), libations, and open-fire cooking by @theCorner’s Chef Carlos Perez and Jeff Schmidt of Hindsight BBQ. Cheers!

The Litchfield Historical Society offers its popular walking tour of the historic district at 1 p.m. on Saturday (July 2), and this weekend there’s a second tour on Sunday that will focus on the town’s Heroes of the Revolution and how Litchfield’s residents, young and old, contributed to the founding of the nation. It’s free for members and $10 for non-members. Register in advance for the 10 a.m. tour and meet at the Litchfield History Museum.

Each year on July 4th, the Mary Floyd Tallmadge Chapter of the Daughters of the American Revolution (DAR) gathers at the cemetery east of the Green on Route 118 at noon to honor Governor Oliver Wolcott, signer of the Declaration of Independence, and Colonel Benjamin Tallmadge, George Washington’s spymaster.

The First Litchfield Artillery fires cannons for each, and the Sons of the American Revolution will fire their muskets. Watch the DAR chapter’s Facebook page for further details.

The First Litchfield Artillery Regiment will fire its cannons at the All-Wars Memorial in Bantam to commemorate Independence Day as part of the national Let Freedom Ring ceremony that was conceived by founder of the regiment, Eric Hatch, and adopted by Congress on June 26, 1963.

The event will start at 1 p.m. with the fife and drum corp. At 1:30 a cannon will signal the start of a presentation for flags of the original 13 colonies, along with musket volleys and cannon fire for each. After the flag presentations the cannons will fire 13 times and bells will ring. 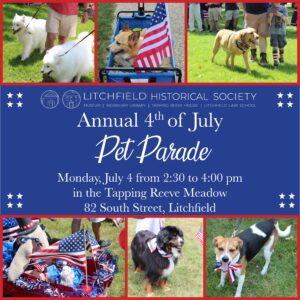 All pets (dogs, cats, snails, or stuffed animals) are invited to the free Independence Day Celebration. The first stop before joining the parade is the judge’s booth. Judges Bette and Jerry Geci will choose the perfect award for each pet, from Best Bark to Terrific Tail, and everything in between.

After the award ceremony, guests can enjoy old-fashioned amusements, including sack races, tug-of-war contests, a photo booth, and an ice cream social. (Ice cream is donated by Arethusa Farm Dairy and refreshments are donated by Litchfield Stop n’ Shop.)

Pets must be on a leash or in a cage, and if applicable, must be up to date with immunizations. Parade registration begins at 2:15. Head to the historical society’s website for more information and to pre-register your pet.